Tell us a bit about your pregnancy and your birth?

My pregnancy was pretty much like any other pregnancy, I had morning sickness until about 20 weeks, it was really draining to the extent that I got signed off of work because I would spend more time with my head down the loo than on the shop floor. Once I got past the 20 week mark I really began enjoying my pregnancy and my growing bump (had the usual unwanted comments about how massive my bump was and how I must be carrying twins and how I looked ready to pop when I still had three months to go) but other than that I loved being pregnant.

Towards the end of my pregnancy I suffered from a lot of Braxton hicks contractions and the most horrific back pain; to the point that I could barely sleep at night and would just sit in bed sobbing to myself at 3 in the morning.

My labour started on the 15.03.16 at about 12.10am – it started off feeling like I just needed the loo but within a few hours my contractions were coming on strong and fast. By 5.30am I was in hospital being plopped into the birthing pool. My labour remained steady but I was experiencing pain in between contractions. It turns out that Henry was back to back which meant that I had to come out of the birthing pool and be monitored on the bed. I was given Pethidine to help with the pain and after what felt like a lifetime of pushing Henry arrived at 15.13pm happy and healthy.

How was your first few weeks as a new family of three?

The day after I had Henry was not as I expected it to be, we were out of the hospital by 10.30pm (about 7 hours after I had given birth) and to be completely honest, it was all a bit too much. I really struggled with the fact that I was a Mum, that my life was never going to be the same again, I loved him so much but couldn’t help thinking I had made a massive mistake. Of course that feeling didn’t last long and as the first few weeks went by we settled into life as a family of three with the usual tests along the way but we got there and finally found our new groove.

What problems did you encounter as you started breastfeeding?

Breastfeeding was difficult for me from the start. We were only in hospital for 7 hours after I had given birth and in those 7 hours a midwife lobbed Henry on my boob to feed and then took him away when I needed stitching up and then lobbed him back on for another feed after. I was never really given that one on one time to get  a proper feel for breastfeeding in hospital, and then we were sent home and I was just left to get on with it.

I suffered like we all do with split nipples which was absolute agony, and virtually from the start Henry struggled to latch and would just scream and scream which became so stressful for me. We had copious trips to the doctors and visits from the health visitor but in the end we decided that bottle feeding would be the best route for us as breastfeeding was causing so much stress for both myself and for Henry.

When did you discover there may have been an issue? When we had made the decision to solely bottle feed, it was just playing the waiting game for my milk supply to dry up. I was never offered anything to help with this so it was my job to ensure that I didn’t encounter any issues along the way.

About two months after I had stopped breast feeding there was still the tiniest bit of milk present. I just remember feeling my boob one day and feeling a hard mass across my right breast. I was instantly concerned and knew that it wasn’t normal. I booked in for a check up with the doctor and she agreed that I needed to be referred. Within a week I had been diagnosed with Stage 1 Grade 3 ER and HER2 positive breast cancer.

What would a woman be looking for? Any change in your breast that isn’t normal for you. When you have been breast feeding it is hard to know what your new normal is, but it is so important that from the day you start breast feeding, just have a feel and get to know how your breasts should feel.

What happened after the diagnosis with feeding?

Luckily when I was diagnosed I had already stopped breast feeding, but if I had have been breast feeding still I would have had to stop immediately due to the treatment I was going to have.

Tell us a bit about your journey after diagnosis?

My journey after my diagnoses was a hard one. I was diagnosed on July 8th 2016 and finally finished active treatment at the end of January 2017.

It’s incredibly hard to explain the feeling of being diagnosed with something like cancer especially when you have a new born baby, it was very dark for a while, but I just remember one day waking up, looking at Henry and thinking that I needed to take control and it was a part of me not letting cancer win.

I decided to take each step at a time rather than bulk it all into one. I had a lumpectomy and six weeks later I started chemotherapy. I was able to enjoy a relatively normal life in between treatments. I would be really poorly for a week after having chemo and then I would have two weeks before the next round where I would try and live a normal life. I finished chemotherapy on the 12th of December 2016, the day after the birth of my niece, which made it all the more special. I was able to enjoy Christmas and then at the beginning of January I started targeted radiotherapy which I had everyday for 3 weeks.

How is everything now?

I am now two years since my diagnoses and life is good. I have yearly mammograms and am on a drug called tamoxifen for 10 years which keeps my oestrogen levels down.

I am working part time doing evenings which works out really well for our family, I’ve been able to meet new friends and just feel like me again and not kate that had cancer. I now have a full head of hair and have just had my third haircut since loosing my hair to chemo, and as they say that good things come out of the worst situations – I have now been on ITVs this morning twice as a real life model for the fashion segment with Gok Wan and Trinny Woodall – something that I would NEVER have ever done if it wasn’t for the journey I have been on, so yes, it’s safe to say that there most definitely IS life after cancer.

Thank you so much Kate- this is a powerful story and a strong reminder that Cancer doesn’t give a crap about who you are or where you are in your life. I cannot imagine the shock of thinking you were just finding your feet as a new mum to be then diagnosed with cancer. Thank you Kate.

You can find Kate on Instagram here. For more information on this site on Breast Cancer and how to check your norks click here. Naomi x

How to decorate an Easter Tree cheaply 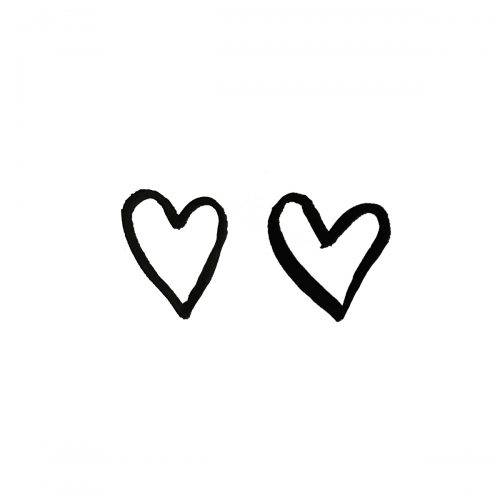 Having fertility treatment in Greece

This error message is only visible to WordPress admins